Getting There
I will admit that my husband and I had quite the adventures while we were visiting the windy city. One of my favorite memories from the nights that were in the city was walking around trying to locate the Hard Rock Cafe.

My husband and I boarded a bus after the show asking if it went close to the Hard Rock. The driver told us that it did. We met some fellow phans on the bus who shared with us that they were staying at the Hard Rock Hotel. I assumed, being naïve as I am, that the Hard Rock Hotel and the Hard Rock Cafe would be proximity to each other. I was a little wrong. Was it a terrible walk on a beautiful, oddly cool, night in the city? Nope, was it annoying that we ended up missing half of the Old Shoe show? Of course.

A Look at Why I Love Old Shoe

When we walked in I was instantly intrigued by what I was hearing the band play from the street. I waited in line patiently, excited to finally be at the front of the line. Once inside I started watching the band play with a great intensity and passion that I have come to expect from Old Shoe. Anyone who sees this band is able to feel their passion and enjoy the beautiful music that comes from them being willing to share their passion with an audience.

I was surprised that the crowd was not thicker but figured that if we had such a hard time finding the venue that many others were likely to struggle as well. The odd thing is that I even had an address, asked cops that we standing on a corner talking to each other, and still ended up lost. 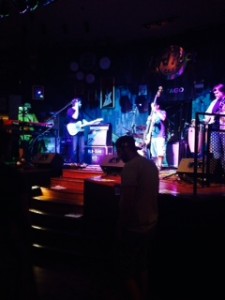 There are a number of feelings that I have when I see Old Shoe play. My initial reaction on this night was no different than it was the first time that I saw them. It is a reaction of pure amazement. Then I feel an uncontrollable urge to dance. I am definitely rhythmless but thankfully no one seems to mind when I am grooving and doing my thing at an Old Shoe show.

I am always hoping to hear one of my favorite songs while I am there as well. They play a great assortment of music and several songs that we all have been in love with for a number of years. All in all Old Shoe is a great band and one that you should definitely take the time to get to know if you do not already know them. (On side note a great little family friendly festival that they put on called Shoe Fest is coming up soon.)

My Thoughts on Cornmeal

I have been seeing Cornmeal for a long time. In fact I first saw them in 2001 and have been going to shows to see them ever since. I was even a part of their street team from 2004 until 2006. I spent some amazing times getting to know more about them and their amazing music and these are memories that I will not soon forget.

The band has lost a lot of the founding members in recent years and as someone who has been a fan for so long I would be lying to say that I did not miss the old gang. However I will admit that I am continuously surprised by how they can recover and continue to put on a great show for their fans regardless of what they have going on personally. 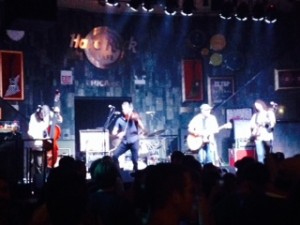 The show opened and was high energy and a lot of fun from the beginning. They played some of their new songs and a great selection of old favorites that I have been in love with for a long time. It was fun to hear them play a few of the songs that I had grown to love many years ago. I am happy that I was able to spend some great moments enjoying some Cornmeal this summer. It has been a while since I have been able to see them play sine I am no longer able to travel and attend shows like I had been prior to being a mom to four. 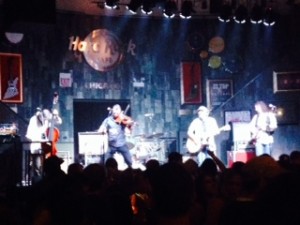 I definitely got a great workout in while I was dancing and listening to them and feel like being able to dance the night away was the perfect ending to one amazing Phish show that I had been so excited to attend since the band played so many of my favorite songs.
So my personal recommendation would be to learn how to figure out your path before you travel when you are in the city and I would definitely do this if we were to go somewhere again and try to catch multiple events during the same night.